According to researchers, we're turning away more than 615,000 pints of blood each year in the United States – blood that could help save the lives of more than 1 million people – simply because the donors are gay or bisexual men. The policies in place are not based on science.
It's time for a different approach.

Blood Equality was launched in partnership with Gay Men's Health Crisis (GMHC) and Blood Mirror to stop the discrimination against prospective donors and allow everyone an equal opportunity to donate blood. We believe that a change from a lifetime ban to a 1-year ban with celibacy does not go far enough.
It's time for science, not stigma, to rule.

It's time for true Blood Equality. 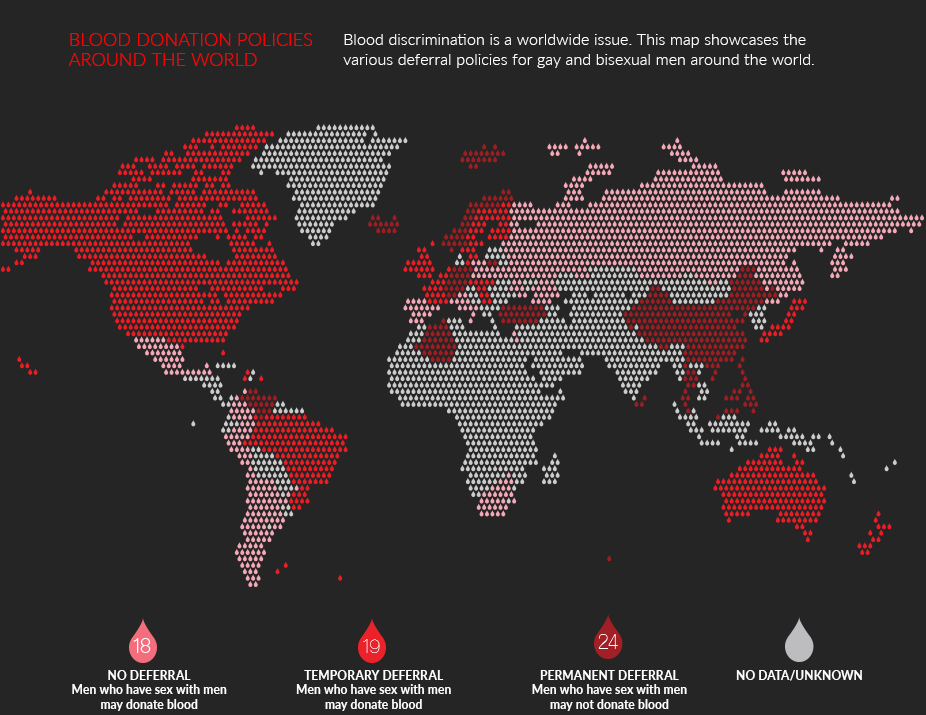